Dracula The Un-Dead - A Dramatic Reading with Music One Night Only - October 28, 2009 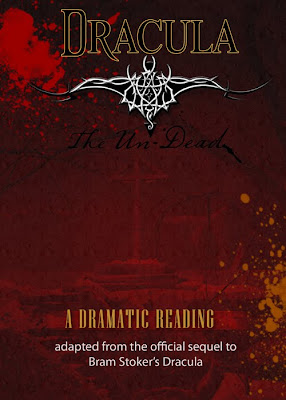 Adapted and Directed by

Book Signing with DRACULA THE UN-DEAD

In 1897, Bram Stoker staged a dramatic reading of his new novel Dracula using

actors from his theatre company to read as the various characters.

visual effects for the launch of

the official sequel Dracula The Un-Dead, with