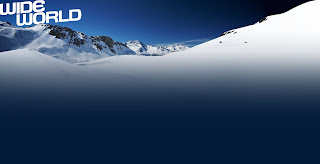 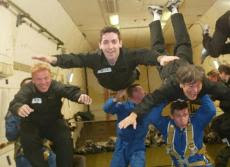 What's your mission in life?

Do you want to Kilamanjaro? Sleep in King Tut's tomb? Go into space? Stand on the deck of the Titanic? Walk on the moon? If you’re Nik Halik you’ve done all of the above – with the exception of the “moon walk” which he still aims to do - and more. Halik, a self-made multimillionaire and author of The Thrillionaire, wants people to stop putting their dreams off for "some day" - it's never too early or too late to create a bucket list. He believes life is about the magic not about the materialism, and since he was eight years old he’s been compiling a list of dreams to achieve by the age of 40.

My cell phone rang, and calling me was a producer from the British production company making the television program Lifestyles of the Rich and Famous for European and North American viewers. He had heard about my investment exploits, my obsession with extreme adventures and how I’d literally go to the ends of the earth to fulfill my dreams. He just needed to establish exactly what possessions they could film. First up, he asked me what cars I owned. I was a bit slow answering, so he started to quote the names of the most exotic brands.‘Lamborghini or Ferrari?’ he asked. I was still thinking of what to say. ‘Okay, Mercedes?’ ‘Well, not exactly …’ I answered. ‘I get it,’ he went on, ‘you’re a Porsche man.’‘Not quite.’

‘So, you’re a James Bond kind of guy. You like action. I bet you’ve got an Aston Martin locked away.’‘Oh, I do like Aston Martins,’ I replied. ‘But no, I don’t have one in the garage. Actually, I don’t own a car.’ The telephone line seemed to go dead for a few seconds. ‘Ah, you’re a boat man,’ the producer spouted optimistically. ‘You’re a sailor?’I felt a bit embarrassed. ‘I like yachting, yes, but, I’m sorry, I don’t have a yacht either.’He was speechless. I explained to him that my golden rule thus far was to not invest in anything that moves, and that’s why I didn’t have a car, a boat or even works of art. I then enlightened him that with regards to investing, for the last eighteen years I have aggressively subscribed to an asset accumulation and compounding regime of my life and have not entertained the idea of purchasing liabilities that depreciated.

Wealth isn't just about the money

I’ve always believed that wealth isn’t just about what you can buy. Wealth is a like a four-legged table. The monetary aspect is just one leg. The other quadrant legs include emotional wealth, spiritual wealth and physical wealth. Real wealth is having an abundance of ideas and a strong belief system which underpins everything you do in life. Ninety-nine per cent of what I consider to be wealth is derived from one’s belief system. The monetary strategies to become financially abundant comprise just one per cent of the equation. I recall my earlier life which was more money focused and orientated, whereas these days I am more cause orientated. In life there is no sense in possessing great financial wealth and not being happy. Equally, there’s no point in being rich and being physically unwell. Individuals who seek status symbols in life have a fixation on synthetic wealth, because they need something to reassure them artificially so they can impress others they don’t particularly like. I am the type of personality to save, invest and attain self-mastery for the long term, rather than some people who blow their cash on Ferraris and young third wives. People should feel good about themselves because of what they are, and what they do – not what they have in their garage.

With a mosaic of colourful experiences available to all of us – I find it more appealing to drill deeper into life. I continually invest in a new vision or paradigm, participating in extreme adventures, that I am sure many people would fi nd quite bizarre. A life of prosperity is a series of assignments, each one, helping you grow, developing your talents, and expanding your consciousness. As your consciousness grows, so does the impact you make and the influence within your inner circle. With this obsessive desire to acquire the ancient principles of enlightened living, I have already visited over eighty-five countries in my quest for adventure. I have dived down to the deepest abyss of the oceans, rocketed to the edge of space and summited the world’s highest mountains, just to name a few.

When I was a young boy, I developed my Top 10 ‘Hit List’ of goals to achieve in my life. I must have had quite a vision because that hit list is still relevant list thirty years later. I strongly believe that there are no coincidences in life. A higher consciousness individual understands how prosperity laws work. A person with a compelling dream actually bends the universe to their will and strives for a unique constellation of attributes. I have three major goals remaining from my original Top 10 Hit List, which include summiting the highest mountain peak in the world, Mt Everest, visiting a space station orbiting up to 300 miles above the Earth and finally, to explore the lunar surface of the moon. This enlightened living and the manifesting of new frontiers in exploration, will serve as the next chapter in the evolution of my life.

In early adulthood, my pivotal mentor was a peak performance lecturer, author and entrepreneur by the name of Bob Proctor, who instilled in me the belief that we were all born rich. For forty years, Bob Proctor has helped create lives of prosperity, rewarding relationships, and spiritual awareness. Born in northern , Bob stresses the ideas of positive thinking and self-motivation. Bob was all about ‘Nik, tell me what you want and I’ll show you how to get it.’ Until I met Bob Proctor, I used to regard the word rich from a monetary perspective, but later I developed the faculty awareness to drill deeper on what he said. Bob recalled that we were all born equal, with equal opportunities and an abundance of potential. Prosperity was our natural birthright and we all possessed the same colouring marker set with which we can make our mark in life. Some of us choose black markers and white markers. Others embrace a colouring book set with a myriad of colours. Bob really had the ability to reduce the most complicated concepts in life to the simplest form.

I ultimately believe it is our responsibility to leave the world a better place than that we found it. It’s the legacy we leave behind, the footprints we leave in history that count. We need to focus on the passions and motivations that radiate an abundance of vitality and energy in our lives, rather than just the size of our wallets. I am the new breed of moneyed traveller looking for high-octane adventure. Thrillionaires are individuals who understand the thrill of giving, and share their stories so that others will become inspired to become Thrillionaires themselves. Just like an inner compass guiding them towards their destination. Look around. There is an abundance of thrills to be experienced. The quality of our thinking determines the quality of our life. We need to collect our change every day and give it to something that warms our heart. Everybody has a gift to give. If you put coins in somebody else’s parking meter, send money to a child in need, sponsor endangered animals, collect change for UNICEF, give away your personal belongings to charity, lead an exhilarating heart pounding adventurous lifestyle or write a check for a massive cash donation, you are a Thrillionaire.

The book, The Thrillionaire is about my self-discovery, the exploration of my identity and mission in life. It is about wisdom I have embraced from various mentors in my life and the vision that has established my system of empowering beliefs. I created a model of the world, a map of the world that allowed me to perceive the greatest number of available choices and perspectives. The Thrillionaire details my stories of adventure interspersed with financial wisdom and is purposely set out the way it is. I sincerely invite you to immerse yourself and share the powerful insights with others. Life moves pretty fast. If you don’t stop to look once in a while, you’ll miss it.

It’s the legacy we leave behind that shapes your life, what will your legacy be?

Everybody has a gift to give, what will your gift be to the world?

The Thrillionaire by Nik Halik is available from Amazon.co.uk; For more information.