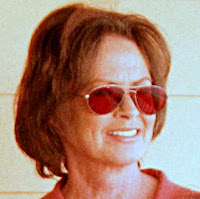 I'll Let You Go Now, It's Time To Set You Free

I returned to St. Simons with three intentions.

The first was to attend a book-signing party for Nancy Grace’s new novel. She made me a character in her book....... an ex-commissioner/activist who must stop the bad boys from building 24 story condos on the beach.

A party was planned at my friend Nancy Thomason’s used bookstore n the village, a place where locals have gathered knowing it would never change. A small slice of the way the island was twenty five to thirty years ago. Wonderful books on every subject you can imagine. A comforting kind of place to spend some time. Some island time.

Nancy G.. sent signed bookplates and we decided that since she couldn't come down I would, and we'd see how many books we could sell with me doing the signing. The ad in the local paper describes Nancy Grace's book, The Eleventh Vicim as : “A psychological thriller revealing much about corruption in Georgia.... from the Georgia Supreme Court all the way down to an easily bought off Glynn County Commission. “

Bill used to do book signings at my friend’s store...... the “best” parties they ever had.

Bill and I lived on the island for eighteen years, I was the islands commissioner, and I was an activist. I was Turtle Lady. I was in charge of protecting the Loggerhead turtles as best I could. Bill bought one of the first Toyota Four Runners for me to patrol the beaches. It was called the Turtle Mobile, and I was one of the few people allowed to drive the beaches. There was a sign on the side of my car that read: Glynn County Turtle Recovery Unit number 1. Of course it was the only one at the time, but when I designed it, I thought that would make it sound like it was one of many. My job was to count the nests. Keep track of dead Loggerheads, facilitate the removal of the bodies, count and log the number of nests that were laid, and later go back and count the empty egg shells so that the Department of Natural Resources would know how many baby turtles were hatched on St. Simons and . across the way is a state park, and they had their own people doing this work. Sometimes I would help out over on that island, as I had a trailer on the back of the Turtle Mobile for removing dead turtles.

I loved being Turtle Lady.

My second reason for returning to the island was to get the right whale plaque back, along with the bricks that people had bought when we were raising private funds to build the Whales in the Park Sculpture. When the "powers that be" upgraded the swimming pool and the playground in , they removed the bricks and the plaque that explained important facts about the right whale. The fact that it is the most endangered whale in the world, and it calves off of our island. This year was a record birthing year. Thirty five or six were born this year. The numbers are rising, but there is still a long way to go, if these animals are to be saved. Without the plaque explaining it, the sculpture looks like two whales in the playground, a mother and her calf, perfect for climbing on and sunning oneself, but no history connected to it.

The plaque cost about two grand, and was a gift to St. Simons from the right whale recovery people up north where the whales return every year after coming south to have their babies.

Why would they take away the plaque and destroy the bricks? In my opinion, they are afraid that saving the right whales will in some way effect the port, slow down the ships, thus costing money. And isn't everything always about money? But that's just what I think about the matter. My job while I'm down here is to try to get the plaque back, and the bricks that the people of St. Simons bought.

My third and most important and private mission was to scatter Bill's ashes in front of our old house, Thunder Point.

We spent almost our entire twenty three years of married life at this house on the beach. It's been almost three years since he died. His remains were placed in a film canister with a print out of all the best selling books he wrote on the front of the canister. His friends thought that would be a better place to put Bill than a vase or urn. Bill loved movies. Two of his books were made into movies: Sharky's Machine with Burt Reynolds, and Primal Fear with Richard Gere. I'm willing to bet you five bucks that he is the only person to have their remains placed in an old film canister.

When he died we placed the ashes of two of his favorite dogs in the canister with him. Annie and Noodles. A short hair dachshund and a long hair dachshund. For the last few years Bill’s been with me in the living room, on top of a large piece of furniture, overlooking the t.v. He loved t.v. too, so that seemed like a good place for him, but now the Monarch butterflies are starting to come through the island on their migration. October was our favorite month on the island. Not too hot, not too cold. The butterflies would arrive. It was magical, so I had decided that this was the time to set him free with his puppies.

I staked out the house first. The woman that owns it has several houses. One on , one at , and one in .

I went over to the house and saw a car out front, so I decided to go to the Dairy Queen for lunch. That was Bill's favorite restaurant. The famous author loved nothing better than a hot dog at the Dairy Queen. Oliver and Isabella went with me to the island, two miniature, long hair dachshunds. I split my fries with them, and then we went back to scope out Thunder Point. This time the garage door was open. There were no cars in it. The man was leaving, and appeared to be the grounds keeper.

It's now or never. It was a hard decision to let him go. His will said he was to be buried at sea, but it didn't say when.

Something kept going through my mind. Something Bill had said to me a few years ago when it was time to release one of my turtles. I came home and told Bill I had let her go, and he said to me, "Won't she be scared?" That broke my heart, as I had never thought that Zoey would be afraid. I thought she would be happy to be in a large pond with other slider turtles. I kept thinking would Bill be scared? Even with two of his favorite dogs going with him? Our favorite dog, Magoo, a white German Shepherd is buried in the back yard, under many rose bushes. When Magoo died, I had twenty three rose bushes planted in his memory on our property. Salt air is not great for rose bushes, but some of them are still hanging in after all these years. Our favorite cat, Nails Magilicuty died under the house next door, so there would be several ghosts to keep Bill company, but I kept thinking, would he be afraid? Is he even here? Are these just ashes, or is this the essence of Bill? It is all over my head. I hope by releasing his ashes, I am also releasing his soul to go off with his dogs and cat to roam the island. Maybe they can fly now. That would be nice.


The fact of the matter is, I was scared to let him go. Really go forever.

I gathered my dogs and canister and snuck around to the deck. My heart was racing so fast I thought I might die too, and then I could go with him. First I scattered Noodles, aka Noodleronie on both sides of the deck. All over the rocks that the deck sits on. Then came Annie, and finally Bill. It was windy and ashes were everywhere. On me, on Oliver and Isabella, in the water as it was high tide, and on the steps of the deck. Then I sat on the steps and said many prayers for the souls of my loved ones. So now they are free. I don't know if any of it makes any difference. All I know is that they are where they were the happiest. Where we spent so much time laughing and loving our piece of heaven on earth, and soon the butterflies would be coming through to make them smile again.

I hope we meet again someday, maybe at this same place on our magical island. Until then, my dear laughing husband, have yourself some fun. Haunt the bad guys, help the good guys and know how grateful I am for the special life I was allowed to spend with you.

His first sunset was perfect.