A Big Hollywood Movie Is Coming, and a Novelist Cries Foul [via Brendan Deneen]

Elizabeth Lesly Stevens writes a column for The Bay Citizen. 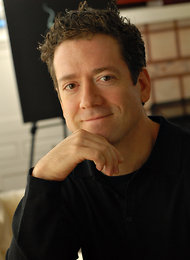 A nonprofit, nonpartisan news organization providing local coverage of the San Francisco Bay Area for The New York Times. To join the conversation about this article, go to baycitizen.org.

In 1998, Joe Quirk, a Bay Area novelist, wrote “Ultimate Rush,” a thriller about an adrenaline-fueled bike messenger who tears through the city as he tries to deliver a mysterious package. Mr. Quirk’s novel, his first to be published, sold well and was optioned by Warner Brothers. A screenplay was commissioned, and Mr. Quirk became a client of the powerful C.A.A. agency. But nothing ever came of it — or so Mr. Quirk thought.

Last summer, the literary agent Rob Weisbach, who had published “Ultimate Rush” while running his own imprint at William Morrow, found a street near his Manhattan home closed for filming of “Premium Rush,” a big-budget Sony Pictures thriller about an adrenaline-fueled bike messenger who tears through the city as he tries deliver a mysterious package. Mr. Weisbach sent Mr. Quirk hearty congratulations.

Mr. Quirk had no idea what his onetime publisher was talking about. The writer, now 45, was working minimum-wage jobs found on Craigslist, struggling to refinance his Oakland home.

Everyone loves a good heist story, and that is what Mr. Quirk says he uncovered as he spent the last year figuring out how, in his view, the characters and plot of his “Ultimate Rush” came to be in Sony’s “Premium Rush.” He filed a lawsuit earlier this month — but had to talk to almost 50 lawyers before he could find one willing to take the case.

Even at time when the value of intellectual property is perhaps higher than ever, with local technology companies including Google and Apple spending billions of dollars on patents while the entertainment industry works frantically to stamp out piracy, it can be remarkably difficult for a lone creative professional like Mr. Quirk to protect his work.

“Ultimate Rush,” Mr. Quirk charged in his suit, was the basis for the screenplay and directorial effort of David Koepp, a prominent screenwriter whose credits include “Spider-Man” and “Jurassic Park.” Also named in the suit are Sony Pictures; John Kamps, a frequent collaborator of Mr. Koepp; and Pariah, a production company.

A Sony spokesman, Steve Elzer, said in an e-mail, “We believe this claim lacks merit, and we will vigorously defend the action.” Mr. Koepp’s lawyer said, “We are going to say nothing about this nonsense.”

Pariah referred all questions to Sony, and Mr. Kamps’s agent did not respond to a request for comment.

Mr. Quirk got a 2009 version of the “Premium Rush” script from a source he won’t name, and he is convinced that the movie, slated for a January release, is virtually identical to “Ultimate Rush.” His suit cites a long list of common elements of “Ultimate Rush” and “Premium Rush,” including character names, love interests, villains connected to Chinese organized crime, corrupt policemen and a grouchy bike-messenger dispatcher with suspect motives.

But Mr. Quirk faces long odds in the courtroom.

“In the last 15 to 20 years, there have been virtually no success stories when it comes to plaintiffs suing major studios for copyright infringement,” said Aaron Moss, a Los Angeles intellectual-property lawyer who has represented writers in the past, but hasn’t taken such a case in a decade because of the slim chances of success.

Another intellectual-property lawyer in Los Angeles, John Marder, agreed with Mr. Moss, saying, “The courts have made it very onerous” to win a copyright case.

The seeming vulnerability of creative professionals like Mr. Quirk may be partly a cultural issue.

Stephen Elliott, a prominent San Francisco novelist whose latest book was optioned by James Franco, said the creative-writing community in San Francisco, while vibrant, isn’t as commercial or business-savvy as that in New York or Los Angeles. This allows writers here to be more creative and original, Mr. Elliott said, but it also leaves most unprepared for Hollywood’s sharp-elbowed business culture. If his claims prove to be true, even once having had a big-time Hollywood agency representing him didn’t help Mr. Quirk in the end.

Mr. Quirk’s allegations also point to the way in which money and business interests may dictate how intellectual-property rights are treated.

If you’re a big company that can afford the legal horsepower, you can vigorously assert your own rights. If you are a starving artist, or novelist, or even an independent inventor, the legal system often offers little succor.

“It’s not the law that protects you,” Mr. Marder said, recounting how a copyright case of his own recently gained new momentum when an anonymous source sent him documents that the studio had insisted did not exist. “It is like the Mafia. Those that have the juice, the power to punish people who don’t play along, get protected.”

Which is just the kind of situation a legal system is supposed to correct.