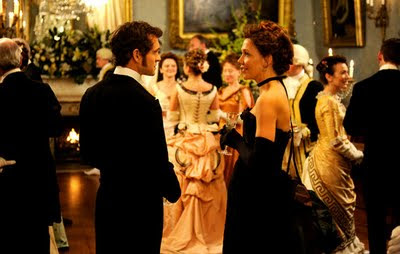 Whether audiences will find themselves equally breathless will be decided when Hysteria has its world premiere in Toronto on Sept. 15.

It promises bawdy comedy: Based on historical fact, the film is set in the offices of doctors who cured women diagnosed with 'hysteria' by treating them to orgasms. The original screenplay, by the American husband-and-wife team of Stephen Dyer and Jonah Lisa Dyer, also examines female repression and a blossoming romance. British producer Sarah Curtis (Mansfield Park), one-third of the female producing team, admits she was skeptical when she first read the script, doubting two Americans could master such a British comedy of manners. 'But after reading it, I thought they had captured the wit and voice of the era well,' she says.

The project began to gather momentum when it attracted the interest of veteran British actor Jonathan Pryce, who plays Gyllenhaal's very proper father, and the producers were able to assemble a polyglot patchwork of financing.

Nearly a third of the budget came via a U.K./Luxembourg co-production deal that utilized both the British tax-credit system and Film Fund Luxembourg. That arrangement required that the film be shot for five weeks in London before heading to Luxembourg for a final week.

Another big chunk of change came from U.S. private-equity financier Informant Media, in which Cairo is a partner. There were sizable presales to France and Germany. International sales company Elle Driver struck more presales in Cannes this year, and Cassian Elwes is handling North American rights as the movie heads to Toronto.

There, it is hoped, the film's provocative premise will help Hysteria attract the attention that will help it find its way to theaters, where R-rated female comedy is suddenly in vogue. 'It was watertight and really funny when I saw it,' says Gyllenhaal of her love for the project, 'and I thought it would take a lot to f-- it up.'