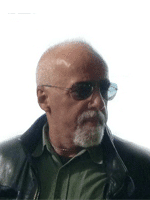 20 SEC READING: part of the ocean There was once a wave in the ocean, rolling along, enjoying the warmth of the sun and the swiftness of the breeze.
It smiled at everything around it as it made its way toward the shore.

But then, it suddenly noticed that the waves in front of it, one by one, were striking against the cliff face, being savagely broken to pieces.

‘Oh God!’ it cried. ‘My end will be just like theirs. Soon I, too, will crash and disappear!’

Just then another wave passing by saw the first wave’s panic and asked:
‘Why are you so anxious? Look how beautiful the weather is, see the sun, feel the breeze…’

The first wave replied:
‘Don’t you see? See how violently those waves before us strike against the cliff, look at the terrible way they disappear. We’ll soon become nothing just like them.’

‘Oh, but you don’t understand,’ the second wave said. ‘You’re not a wave. You’re a part of the ocean.’

in “The missing rose” by Serdar Ozkan