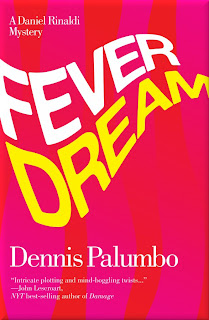 In Palumbo’s exciting second mystery featuring Pittsburgh psychologist Daniel Rinaldi (after 2010’s Mirror Image), the police bring in Daniel as a trauma expert to care for Treva Williams, the sole survivor of a bank robbery hostage situation gone bad. Though she’s clearly traumatized, Treva has her own secrets, including a former relationship with a cop, another with an abusive thug, and a string of questionable choices. As the center of a messy crime with high stakes, Treva appears to be a link between several unrelated events tainting district attorney Leland Sinclair, who’s running for governor of Pennsylvania. When the governor’s race heats up, Daniel is thrown into a dangerous mix of political intrigue, murder, manipulation, and explosive revelations that could rock Pittsburgh. Palumbo takes the reader into the seamy side of the Steel City, chock-full of corruption and crime, love and loss. (Nov.)