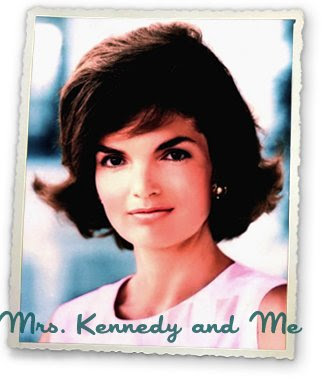 Clint Hill, the Secret Service agent assigned to First Lady Jackie Kennedy before and after that assassination of President John F. Kennedy, is writing a book about it.

Clint Hill, the Secret Service agent assigned to First Lady Jackie Kennedy before and after that assassination of President John F. Kennedy, is writing a book about it.

“Mrs. Kennedy and Me” is due on bookshelves April 24, Hill said last week.

He nearly killed himself in a fog of alcohol and post-traumatic stress in the two decades after the murder, he says.

Two years ago, Hill met Lisa McCubbin, a California journalist who convinced him to help her and her co-author, Hill’s former Secret Service colleague Gerald Blaine, on “The Kennedy Detail,” which was published last year.

“Lisa convinced me to start talking about it,” Hill said.

This week, in fact, Hill will be in Grand Junction, Colo., with Blaine and McCubbin, talking about it.

McCubbin is co-author of Hill’s yet-to-be-released book, too.

Last month, Hill, 79, was honored at his alma mater, Concordia College, McCubbin was with him.

It was Hill’s first return to campus since he graduated in 1954 and it was clear the quiet man enjoyed being feted during homecoming week.

“I played football,” he said, walking through the student center. “I was an end, on offense and defense, like we all did back then.”

It didn’t prepare him, though, for one task Jackie Kennedy assigned him after he was assigned to her shortly after President Kennedy took office 50 years ago.

“She wanted me to play tennis with her. I wasn’t much of a tennis player and she found that out rather rapidly when we tried to play. I tended to hit that tennis ball a little too hard.”

Hill ties to the First Family came partly because agents then worked such long hours, “because there weren’t many of us,” he said.

“So there were some very good times but also some horrible times as well.”

Their Secret Service codenames: “Jackie was ‘Lace,’ Caroline was ‘Lyric,’ John was ‘Lark,’ the President was ‘Lancer.’”

“I was just at a dinner with Caroline in October in New York on her new book on the released tapes of Jackie.”

But Hill and Mrs. Kennedy forged a unique bond that day in Dallas, literally wearing evidence of the violence 12 hours or more, into the night all the way back to Washington.

Mrs. Kennedy famously refused to change out of her pink dress after the shooting, despite the gory stains from her husband’s fatal head shot.

“She wanted to make sure people were fully aware of what had happened,” Hill said. “That was kind of a symbol, his blood on her. I had blood on me, too.”

Hill was as close to Jackie Kennedy that day as anyone.

“There were some things, yes, that we shared that I would never share with anyone,” he said of those hours. “But for the most part that day, she was in a state of shock and she didn’t have much to say at all.”

In some respects, Jackie relied more on Hill after the assassination, more concerned about the need for security.

“I stayed with her until after the election in November 1964,” Hill said. “We had a close relationship, but a very professional one.”

One thing they didn’t share after that day in Dallas: “We never discussed it from that point on. It was never discussed between the two of us and I never talked about it with anyone else, even other agents, among ourselves.”

It was his co-author last year urging him to talk with others about it that made a big difference in his life.

“The first time we ever discussed it, really, I talked a lot to Lisa McCubbin about it, then there was a reunion of some agents down in Dallas in 2010. We sat down and talked about that time, for the first time in 47 years.”

If he would have returned to Dallas earlier, in the late 1970s, Hill thinks it would have spared him lots of grief.

“I spent the time walking around, looking at the angles, going to the sixth floor (of the Texas School Book Depository) and looking down and around. I realized that there was nothing really I could have done. Although I still have a feeling of responsibility and guilt because I was the only one who probably could have done something.”

He went on to guard Vice President Spiro Agnew, including a 1969 trip to Fargo.

“I last saw her in 1968 at Robert Kennedy’s funeral,” Hill said. “She was a wonderful mother and a loving wife and a lot of times that is not really discussed. She tried to make a home in the White House that was a family home for the President and the children. She was very insistent on the children being very proper, using proper manners and things, being very respectful of everybody, including the agents we had working with her.”