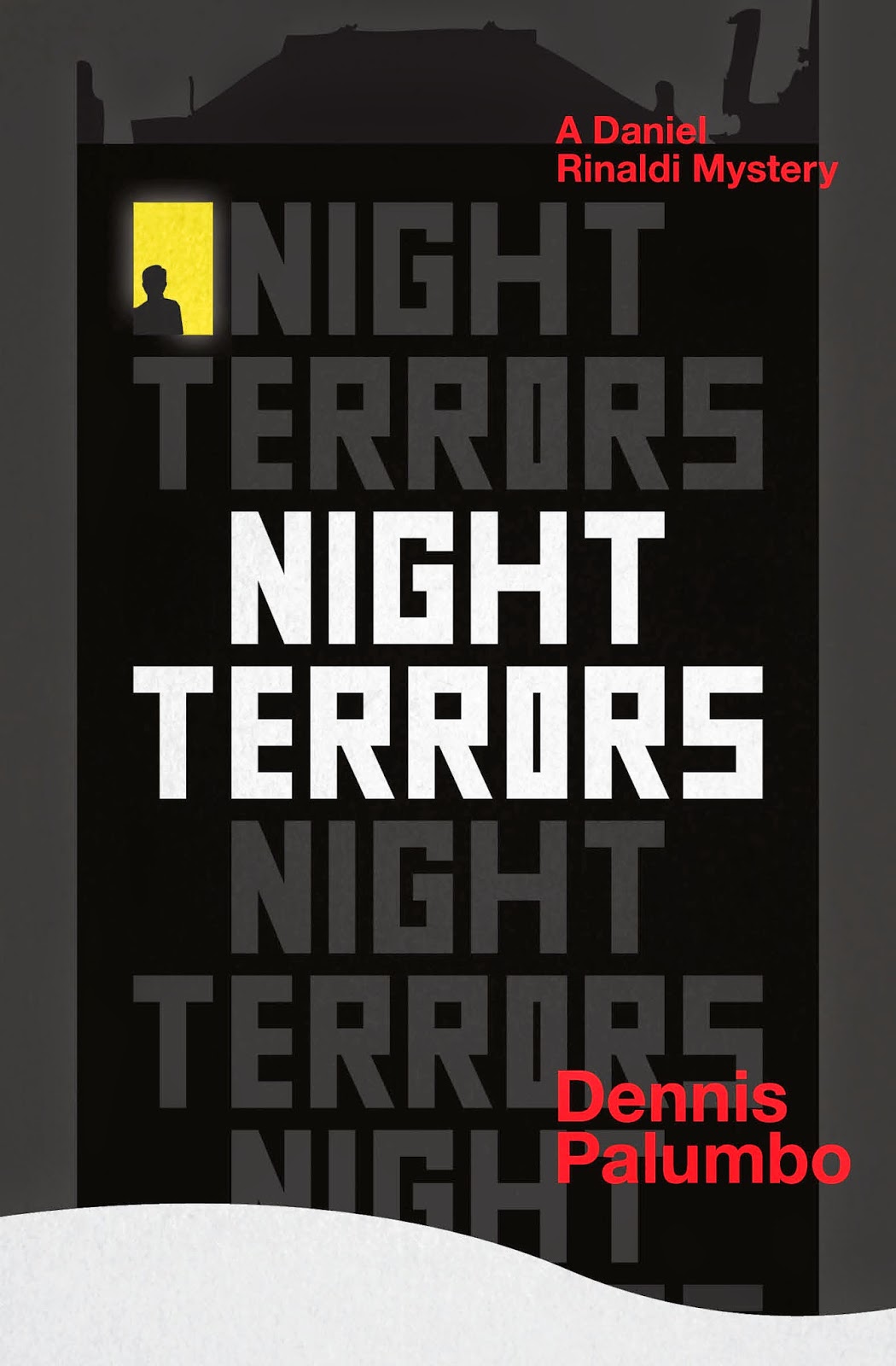 NIGHT TERRORS, the third in Dennis Palumbo’s series featuring clinical psychologist Daniel Rinaldi, proves that there is more to a procedural mystery than mere procedure. A cunning reworking of genre conventions, it is consistently surprising and occasionally even subversive, undermining our expectations and challenging the fundamentals of procedural mysteries.

In his latest literary outing, Rinaldi is abducted in the night by the FBI and thrown into a case against his will. He’s been assigned to Lyle Barnes, a recently retired FBI agent who is suffering from a severe case of night terrors that has him on the brink of collapse. Barnes’s condition isn’t helped by the fact that he, too, is in the custody of the Feds. Barnes’s final job was helping to apprehend a serial killer of prostitutes, John Jessup, who recently died during a prison riot. Now, one of Jessup’s admirers — an anonymous letter writer known only by his signature tag, “Your Biggest Fan” — has been avenging Jessup’s death by murdering those responsible for his imprisonment. Barnes is high on the list. But before Rinaldi can begin the therapy, Barnes escapes, and it’s a race against time to find him before the “Fan” does. Concurrently, Rinaldi is pushed into yet another investigation when he agrees to meet the mother of Wesley Currim, a young man who has confessed to the brutal murder of a local businessman. Besides pleading guilty and leading the police and Rinaldi to the body, however, Currim has revealed no details as to how, or why, the crime was committed, or why he denies his mother’s alibi. Initially called in for his psychological expertise,

Rinaldi soon finds himself acting as detective more than therapist — a role far more dangerous than he anticipated.

Smartly structured with well-timed twists and revelations, Palumbo and his surprises are always one step ahead of the reader. Though at times dense on procedural exposition, Palumbo deserves high praise for playing so fairly with readers. His style is low on red herrings, out-of-the-blue clues, and last-minute rescues — the puzzle pieces are all there from page one, and while the way they fit together isn’t obvious, the conclusion is achieved naturally.

Whereas conventional mysteries can be seen as reasserting stability on an unstable world — uncovering the truth, righting wrongs, and asserting justice — Palumbo in Night Terrors repeatedly disrupts any notion of security. Fiendishly clever villains and feeble authorities are nothing new to the mystery field, but Palumbo approaches these stale tropes with a fresh perspective. So much of Night Terrors’s exposition is dedicated not to how the investigative process pieces things together, but rather how it frequently fails to. “They still don’t have squat, do they?” asks Barnes. “That’s ’cause they rely too much on procedure and modern forensics.” In this sense, Night Terrors is an anti-procedural. And whereas one would expect a professional specialist like Daniel Rinaldi to use his vocation like “magic” at key points throughout the narrative, Palumbo repeatedly denies any such narrative convenience. (Barnes, too, is apathetic toward Rinaldi’s attempts at psychology: “That’s just therapeutic bullshit.”) Palumbo challenges his character to move beyond the niche he has created for himself — a provocation that many series creators (and their protagonists) don’t often place themselves in.

Among the most distinguishing facets of noir is the way in which it responds to social conditions. Even in literature, crimes don’t happen in a vacuum. Economic desperation fuels the nihilism of James M. Cain and Horace McCoy’s 1930s novels, just as post– World War II discontent and malaise runs deep through the 1950s paperbacks of Day Keene and Harry Whittington. In Night Terrors, Palumbo reacts to a distinctly post-economic-collapse American geography:

Unlike Pittsburgh, whose seventeen miles of steel works had been torn down, victims of the economic cataclysm that ultimately revitalized the city, towns like Braddock had no reason to dismantle their dying mills and factories. Nothing was going to take their place.

And in retired FBI agent Lyle Barnes — at one point the grand protector of the country — Palumbo sees a fractured, shaken consciousness that hasn’t been pieced together again.

Clinicians are blaming the unusual rise in adult symptoms to the uncertainty of contemporary life. The economy, terrorism. Even the recent natural disasters. Tsunamis. Earthquakes. The daily anxiety suppressed by adults during waking life, later invading their sleep.

Palumbo may state his theme obviously, but he’s not trite about it, nor does he pretend that Rinaldi could solve these paramount issues. Once more, Palumbo contests the notion of the fix-it-all detective in favor of one whose wisdom lies not in his power, but in his powerlessness. Reposted from The Los Angeles Review of Books