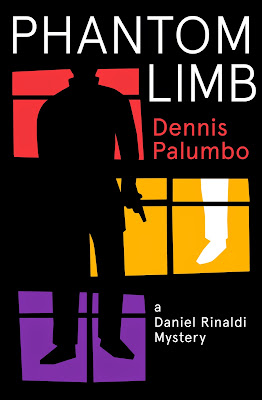 Psychologist and Pittsburgh Police Department consultant Daniel Rinaldi has a new patient. Lisa Harland, a local girl, once made a splash in Playboy and the dubious side of Hollywood before bottoming out. Back home, down and out again, she married one of the city’s richest and most ruthless tycoons. Lisa’s challenge to Danny is that she intends to commit suicide by 7:00 PM. His therapist skills may buy some time—but, exiting, she’s kidnapped right outside his office.

Summoned to the Harland estate, Danny is forced, through a bizarre sequence of events, to be the bag man on the ransom delivery. This draws him into a deadly cat-and-mouse game with a brilliant, lethal adversary. Complicating things is the unhappy Harland family, whose members have dark secrets of their own along with suspect loyalties, as well as one of Danny’s other patients, a volatile vet whose life may, like Lisa’s, be at risk. What is really at stake here?

Phantom Limb, fourth in the acclaimed series of Daniel Rinaldi thrillers, will keep readers guessing until the very last page.  To be released in September from Poisoned Pen Press.


Reposted from The Fiction Files