Guest Post by Jerry Amernic: “Thrillers that are big on historical fiction” 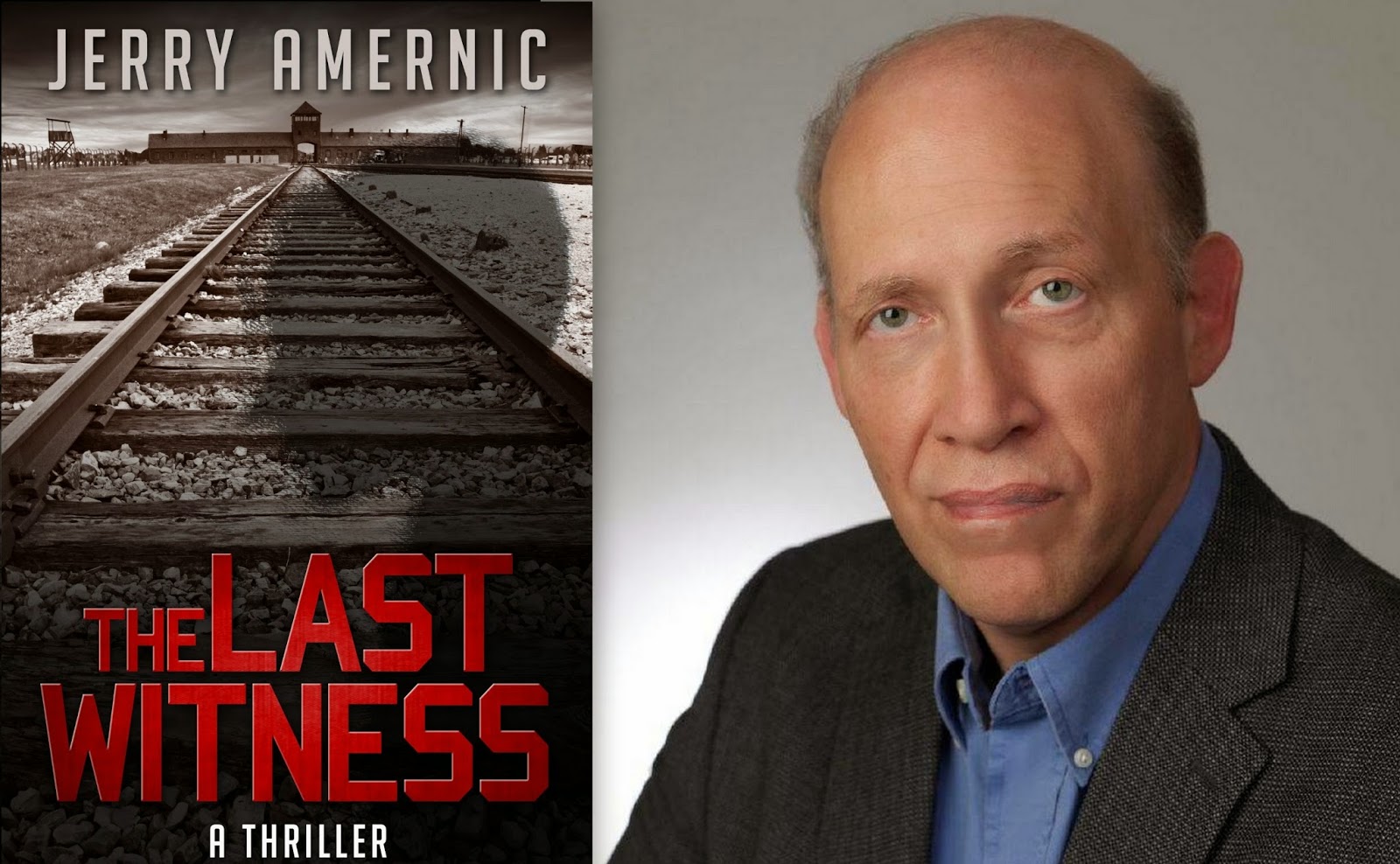 I got hooked on historical thrillers with Ken Follett’s first spy novel – Eye of the Needle. It was a suspense-packed, page turner about a Nazi agent and a lonely English woman, and how World War II depended on what they did. Talk about raising the stakes for the reader! A phenomenal best-seller, it was made into a motion picture.

Follett, one of the world’s most successful thriller writers, later turned to long epics that were full of history and not so much on suspense. They were books like The Pillars of the Earth, which is also a very good read.
As a history nut, I enjoy well-written books that focus on a particular time and place, or a particular place over a long length of time. A good example of the latter is The Thorn Birds by Colleen McCullough, who just passed away, or any historical epic by James A. Michener. My favorite is The Source, which covers the fictional community of Makor in northern Israel over thousands of years. In a nutshell, it’s a history of the Jewish people.
Those novels aren’t thrillers, but it all depends on your preference. A reader who likes history opts for books about a time and place, while one who’s into thrillers goes for books with great pacing and suspense. Put them both together and you have the historical thriller.

But writing about history requires care. Unless it’s fantasy, the book should be more or less historically accurate. I say ‘more or less’ because authors approach this differently. I’m a stickler for accuracy since I don’t change the year something happened or where it happened just to make things convenient for a character. I choose to take a time and place, then have my characters and situations conform to historical fact. Other writers may be more loose with this.

In writing about the last living survivor of the Holocaust for The Last Witness, I did research that was crucial to the story. Like the Jewish Ghetto in the Polish city of Lodz. And the death camp of Auschwitz. These were important to my flashbacks because the central character is a little boy in those places, but he manages to survive.
Fast forward to the year 2039 when that little boy is 100 years old and the last living survivor of the Holocaust. However, he’s in a world woefully ignorant of the past century. This is where I write about how things may be, but even so, I like to portray a future that is credible. That explains why I recently made a video asking university students what they know about the Holocaust and World War II. It was readily apparent to me that they don’t know much. See for yourself – http://youtu.be/CRC_T07dwZo.

So maybe my future world of ignorance and complacency isn’t such a stretch after all.

The year is 2039, and Jack Fisher is the last living survivor of the Holocaust. Set in a world that is abysmally ignorant and complacent about events of the last century, Jack is a 100-year-old man whose worst memories took place before he was 5. His story hearkens back to the Jewish ghetto of his birth and to Auschwitz where, as a little boy, he had to fend for himself to survive after losing all his family. Jack becomes the central figure in a missing-person investigation when his granddaughter suddenly disappears. While assisting police, he finds himself in danger and must reach into the darkest corners of his memory to come out alive.

The Last Witness on Amazon: http://amzn.to/14jlgXQ

Jerry Amernic is a Toronto-based writer who has been a newspaper reporter and correspondent, newspaper columnist, feature contributor for magazines, and media consultant. He has taught writing and journalism at college, and is the author of several books.

His first book was Victims: The Orphans of Justice, a true story about a former police officer whose daughter was murdered. The man became a leading advocate for victims of crime. Jerry later wrote a column on the criminal justice system for The Toronto Sun, and has since been a contributor to many other newspapers. In 2007 he co-authored Duty – The Life of a Cop with Julian Fantino, the highest-profile police officer Canada has ever produced and currently a member of the country’s federal Cabinet.

Jerry’s first novel Gift of the Bambino (St. Martin’s Press, 2004) was widely praised by the likes of The Wall Street Journal in the U.S., and The Globe and Mail in Canada. His latest novel is the historical thriller The Last Witness, which is set in the year 2039 and is about the last living survivor of the Holocaust. The biblical-historical thriller Qumran will be released next. It’s about an archeologist who makes a dramatic discovery in the Holy Land.

Reposted from The Indie Writes SoCal