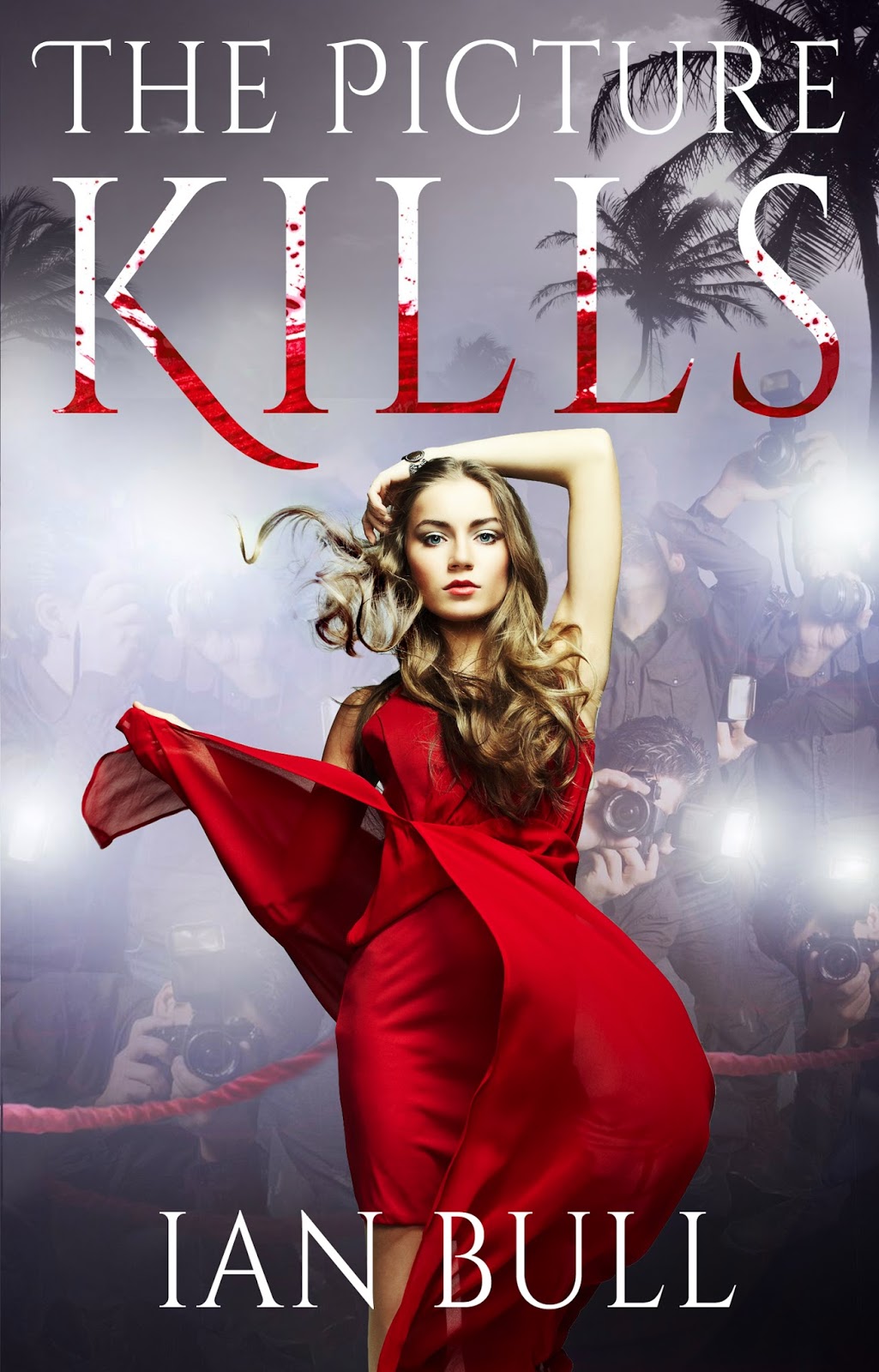 Steven Quintana, an ex Army Ranger reconnaissance photographer witnesses something happen while on a mission which he can't get out of his head--recurring nightmares stalk him. He is still a photographer but now is one of the paparazzi getting photos of movie stars in California and being paid really good money for it. He has saved up almost enough to retire when he is offered a really huge amount to get one more photo of Julia Travers, a up and coming movie star. The last photo he managed to get of her she managed to kick him in the mouth hard enough to break a tooth! He just can't say no to the amount of money he is being offered for just one picture. He gets the picture and it is all too easy. That is when all hell breaks loose. Steven looks at the picture and realizes there is something wrong. He can not let it go and decides to follow up.

Then starts the non stop action--Julia is definitely not a dumb woman and Steven has abilities that are unreal. The bad guys are really bad!! This is the first book in a three book series and yes, at some point I will have to get the second and the third to see what happens next!

About the Book: (from Amazon)

When you’re covered in mud, running from men with guns, and stuck in small spaces with very little clothing on, it’s amazing what you can learn about a person.

Steven Quintana was once a top Army Ranger reconnaissance photographer until he made a fatal mistake on a mission. A boy was killed, and Steven’s military career was cut short—all because of a photo he took.

Now he works as a paparazzo in Hollywood where his photos can’t hurt anybody, the money is easy, and he can forget the past.
But when mega movie star Julia Travers is kidnapped, Steven discovers the kidnappers used photos he took to cover up the crime. Realizing that he’s still harming people with his camera, he swears to fix his mistake, Rambo-style.

But—life or death situation or not—the last person Julia wants coming to her rescue is the paparazzo whose photos got her into trouble in the first place.

THE PICTURE KILLS is a fun, fresh, sexy, snappy, fast-paced thriller that starts in celebrity-obsessed Hollywood and climaxes in the exotic and remote cays of the Bahamas.

Julia bolts across the patio with her white robe flapping, swim fins in one hand and a canvas bag in the other. She slows to pick up the French Smoker’s gun and then leaps over the first wall.

I feel a bullet whizz past my cheek and then hear the gun-shot. I jump over the wall as more shots ring out. People shout as I disappear into the trees.

I have to move fast, both to escape Caballero and his friends but to also catch Julia.
The shouting continues for a bit and then stops, but I hear enough branches cracking and electronic chirps to know that four men are behind me. I keep searching for Julia while evading them. I notice a flash of white and head for it, and find her robe stuck in a tree. Smart girl, I think. I toss it in the high grass so they can’t find it.

Her trail is easy to find now. I pause every hundred yards and wait until I hear a small thud or crack in front of me, and then I head there until I find her trail again.

Then I reach the fisherman’s hut and the bent grass blades tell me she went inside. Not such a smart girl after all.
Creeping around the side, I find the closed door. “Julia,” I whisper.

There’s no answer, so I push the door open and step in-side. It’s pitch black. I pull a glow stick out of a pocket in my camo pants and crack it, letting the light leak through my knuckles.

Crouching in the corner next to the open window, she’s wearing a bikini, a man’s suit jacket and deck shoes that are too big, and her legs are scratched from running through the woods. She has her canvas bag in one hand and the French Smoker’s gun in the other.

She’s breathing hard, and then our eyes lock and she gasps. In five seconds a half dozen emotions flash across her face: fear…slight recognition…then confusion…then she really remembers who I am…and her face fills with anger.

It’s the same anger I saw ten days ago when I last stared at her eye-to-eye, when she knocked out my tooth with her foot. She raises the gun and aims it right at my heart.

The door next to me bursts open just as she pulls the trigger.

Ian Bull is the pen name of Donald Ian Bull, a TV producer turned thriller novelist. The Picture Kills is his first book, and the sequel, Six Passengers, Five Parachutes, will be out in 2015. Both feature former army reconnaissance photographer Steven Quintana and movie star Julia Travers.

Donald Ian Bull also wrote The Reality Director and Producer Guidebook, which teaches you how to direct true documentaries for television, without needing to add the word "reality" in quotes. He also writes a blog called CaliforniaBull, about growing up, living, working, and raising a family in California.

He also gives kudos to his editors and publishers, Lisa Cerasoli and Ken Atchity of Story Merchant.

He grew up in San Francisco, attended UC Berkeley and then UCLA, and now lives in Los Angeles with his wife and daughter.