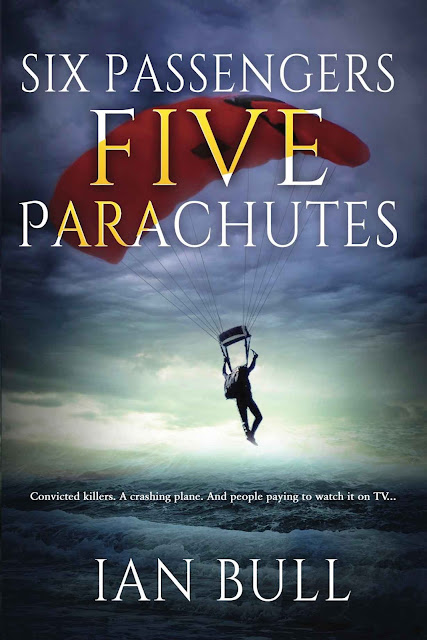 SIX PASSENGERS, FIVE PARACHUTES is the sequel to THE PICTURE KILLS, (read my review here) but you can read the series in any order.

This one will definitely keep you on your toes wondering how it will all turn out. The premise is mind boggling and I sincerely hope this never really happens! What Stephen goes through--he is determined to thwart this TV series--will make you wonder if he will make it out alive. Julie does all in her power to try and stop him. The FBI has nothing on her!! She gets what she wants when she wants it. All except for stopping Stephan. Since she can't stop him-she is determined to at least keep him alive.

The ending is filled with twists and turns. I can't say much else without giving it all away. I did enjoy this book and look forward to the third in the series!!


About the Book: (from Amazon)

It's a race from Los Angeles to San Francisco to Hong Kong to Mexico, culminating on a plane flying over the Pacific Ocean. Army Ranger reconnaissance photographer Stephen Quintana is tracking an international group of investors who create illegal high-end movies of their darkest murder fantasies. They’re the same men who funded the kidnapping and on camera attempted murder of movie star Julia Travers. Luckily for Julia, Stephen made sure he was there to save her before they succeeded.

Now Stephen has uncovered the group's latest underground project: forcing convicted killers to fight to the death for the audience of high-rollers paying big bucks to gamble on the outcome.

But before Stephen can uncover their identities, they shoot him and leave him to die—or so they think. Stephen survives, and now he's even more obsessed with exposing the group. And being “dead” is the perfect cover for digging deeper and infiltrating the show.

The only person who knows everything is Julia Travers. She’ll do anything to keep Stephen safe, even if that means sabotaging his undercover investigation. In the second book of the Quintana Adventures, Stephen suffers deception, betrayal, and brutal attacks but never wavers in his determination to expose the most insane reality show ever created.


READ A CHAPTER OR TWO HERE


Interview with the Author:

Q – Why are you writing The Quintana Adventures?
A – I write what I love to read – page-turners that I can’t put down. I like thrilling stories with a dynamite premise, great characters, and an action-packed rollercoaster plot that keeps you on the edge of your seat. I also love stories with two protagonists, a man and a woman, who must work together to overcome obstacles. I also love international stories that transport the reader to amazing places around the world. The Quintana Adventures is my way of putting all of that into one series. Steven Quintana is a kick-ass Army Ranger Reconnaissance Photographer. Julia Travers is a beautiful, talented movie star with a razor wit and a quick mind. They couldn’t be more different. I then toss them into wild situations where they encounter crazy characters, and they must work together to survive. It also makes for a rocky relationship.

Q – Why the Hollywood angle?
A – Because I know it. My career has been a healthy mix of success and struggle, and I have worked with the famous, the infamous, and the bottom-feeders. My mental filing cabinet is full of experiences that I use to write my stories.

Q – Why the California angle?
A – California has everything – the ocean, beaches, mountains, deserts, farmland, small towns and vibrant cities. Families that have been here for generations live alongside immigrants from around the world. I’ve lived in San Francisco, Los Angeles, San Diego, and in the smaller towns of Cazadero and Lemoore. I’ve worked with rice farmers in Butte County, marijuana growers in Mendocino County, and Navy families in Kings County. I want to put all of this into my books. 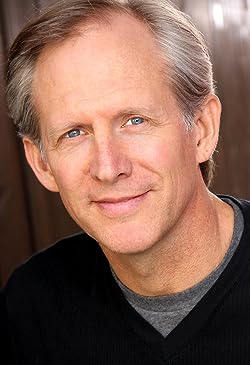 Ian Bull’s books are action-packed thrillers that start in Hollywood, spread across California and careen around the globe.

Ian Bull is the pen name of Donald Ian Bull, and he brings twenty-five years in Hollywood and a lifetime in California to his writing.

He is the author of the Quintana Adventures, a series featuring the exploits of Army Reconnaissance photographer Steven Quintana and movie star Julia Travers, and their rocky relationship.

The Picture Kills is the first book, and Six Passengers, Five Parachutes is the sequel. The third book, Danger Room, will be released in 2018.

He is also the author of Liars in Love, a romantic crime thriller set in 1980s San Francisco and RoadKill, a noir thriller about a filmmaker who learns the hard way about how TV gets made.

He also writes a blog called CaliforniaBull (at CaliforniaBull.com), about life in California, and he has written a book of essays, Water Markers, about swimming.

His family is originally from Ontario, Canada. He grew up in San Francisco, graduated from UC Berkeley and UCLA, and now lives in Los Angeles with his wife and daughter.

He also gives kudos to his editors and publishers, Lisa Cerasoli and Ken Atchity of Story Merchant.

He grew up in San Francisco, attended UC Berkeley and then UCLA, and now lives in Los Angeles with his wife and daughter.