The Big Picture
Patrick Goldstein on the collision of entertainment, media and pop culture 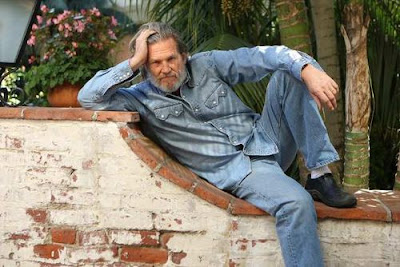 We knew Fox Searchlight was in love with "Crazy Heart," the low-budget country music drama that stars Jeff Bridges as a faded, booze-fueled singer named Bad Blake who's trying to get his career back on track. Written and directed by first-time filmmaker Scott Cooper, the film costars Maggie Gyllenhaal (playing a small-town reporter), Robert Duvall and Colin Farrell.

Searchlight acquired the film in July, taking it off the market with a low seven-figure bid, enamored by the film's acting and nuanced storytelling. Its original plan was to release the movie in the spring of 2010. But the studio must be smelling award-season gold, because my sources say the movie is moving into Oscar territory, with Searchlight now planning a limited Dec. 11 release in Los Angeles and New York before taking the film wider early next year.

Since Searchlight's only serious Oscar contender, as of now, is its well-reviewed summer release, "(500) Days of Summer," the studio must be betting that Bridges -- always a favorite with the academy, especially as he's aged into Nick Nolte-style gray-bearded grizzly guy -- could land some best actor nominations. Searchlight suddenly sent out screening notices today, another tipoff that the movie is looking for some early word-of-mouth enthusiasm from the blogosphere.

My favorite movie-music magician, T Bone Burnett, supervised the film's soundtrack, so I'm betting it will have some real C&W authenticity. As soon as I get a chance to see it, I'll report in on whether we've got another serious Oscar candidate or not.