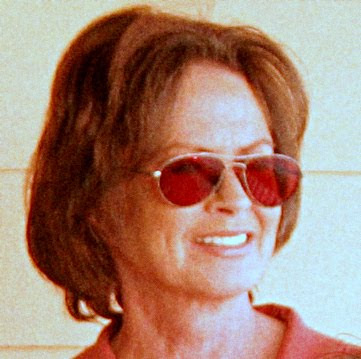 The Press, The Pharmacy, and the Plumber

Have you ever tried to plan a trip, and you swear that this time it will be different? You will make all kinds of lists of things that must be done. You start a week ahead of time, planning each day, so that this time it will go more smoothly. I was on top of it this time. I knew what had to be done, on which day. I would not become stressed.

Nancy Grace's first novel is out. It's number six on the New York Times list. There are two main characters in her book, and I'm the second one. She uses my real name, and one of my best old dogs is in it. His name was Sidney Sea Biscuit. , my twenty year old parrot is in it, too. She couldn't remember his real name, and she calls him some girl name, but I know it's him.

The first time I went out of town after Bill died, , my white German Shepherd died in his sleep, and I spent many days on the phone with the dog mortician.

The second trip I took, Apache, his sister had a stroke.

This time, two of the wiener dogs backs went out. They are eleven years old, so this is no surprise. It happens every now and then. They may know that they aren't going, so it may be in their minds, but I knew I needed to get meds for them. I called the vet and she said she would call the pharmacy and I could pick it up later.

In the meantime, every faucet in the house became haunted. I couldn't turn them off. The kitchen and the bathroom. The hot water faucet in the shower came off in my hand. Labor Day was coming up and I knew I needed a plumber now. If I didn't hurry, it would cost twice as much because of the holiday.

I forgot about my many lists, and got to work on other stuff. Stuff happens.

The press down on the island got in touch with me for an interview. At least itwas via computer, so I could have a cup of coffee and actually think a little before I answered her questions. There was lots of going back and forth on questions and answers.

This particular paper is not fond of me. They were on the other side of the "beach battle" that we fought and won. Movers and shakers and politicians wanted to pump our beaches with dredge material. We fought the good fight for years and finally stopped the project, but only after I had to run for islands commissioner, and won. So, I'm pretty much on the skids with the press. It will be interesting to see how the article compares to what I actually said to her. At least I have a written copy of what I said, not that it will make any difference.

Nancy Grace couldn't go to the island to sign her books. She's too busy with her show and her twins, so I told Beachview Books that I would come down, and sign for her since half of the book is set on .

The interview took the good part of one day and into the next, then it was the running water and the meds that needed to be picked up. Not on my list, damnit.

I had no idea the plumber was going to be here two days. The first day, he fixed everything for six hundred dollars. Gasp.

He was a charming guy. So unlike other plumbers I had dealt with. He actually knew what he was doing. How did that happen? As I was writing the check, I noticed his fly was down. I told him and he got so embarrassed. He said these particular pants just couldn't hold his fly up. Then he says he has to check the pressure. He comes back in and says the water pressure is 150 and it should only be fifty, and that he can't guarantee the work if the pressure isn't right. I told him to talk to the landlady about this, as it was going to cost another four hundred fifty dollars. His company talked to her and arranged for him to come back the next day. He was under the house for hours. No one in their right mind would go under the house. It's a tiny crawl space. Nasty place. But with a big smile he goes in and starts taking away my water pressure.

I don't know if you remember from a previous chapter that my first landlord was foreclosed on last December. The hot water heater died forever and I had no hot water for a month.

I moved back to the island into a house I couldn't afford with lots of dogs, cats and a parrot. I talked to the woman that bought this house after I left and she invited me to come back. Even though it was costing thousands of dollars to do this, I knew I couldn't live in a subdivision. I needed my five acres back, so I agreed and headed back to . The last thing I said to the new owner was, "Please don't mess with the water pressure. It's the best shower anywhere around."

After a few hours, he comes back in. He's really dirty, so he takes his shirt off. No big deal. He has an under shirt on underneath. I told him that was fine. So, I thank him, and he says, " How about a hug?" A hug?! Is it appropriate to hug the plumber? I don't think so, although for a second I considered it. Someone told me once that we would die if we didn't get six hugs a day. If I knew six people to hug, it would take me all day to track them down to get six hugs. So, I ignored his request for a hug. A little later we were talking about something else, and I mentioned that any minute now I was going to be turning sixty. It was really hard to say that. It stuck in my throat. I had my back to him. I turned around just as I said it, and I thought the poor guy was going to throw up. It turns out he was born either in 1983 or 1985. I can't remember which year, as I was still in shock myself realizing I was going to turn SIXTY very soon. In 1983, I was busy marrying Bill when this kid was born. If it was 1985, I was in shooting a television show on the Silverback Gorillas. At any rate, it was pretty damn depressing to think that this sweet, articulate guy was being born at the time I was fast approaching middle age.

He even gave me a present. He found a four foot long snake skin under the house. We decided to leave it in front of the door to scare anyone that dared to come visit. It was fun to have company for two days, but I knew that there would be no happy ending. The landlady had just paid this guy a thousand dollars to take away the only thing that I loved more than anything. Water pressure.

After he left, I couldn't wait to take a shower. I knew that the faucet was not going to come off in my hand ever again, and nothing was going to drip or flow when it shouldn't.

I got in my new shower, and sure enough, it was like taking a shower in a third world country. No pressure. The one thing that had convinced me to come back to this house. It seemed kind of strange to pay someone a thousand dollars to take away something you loved. I didn't have much time to cry about lost pressure. I had to get the dogs their meds.

It took the pharmacy three days to get the stuff. I don't know. Maybe they mixed it up in and sent it via donkey. I had to use a pen attached to a machine to sign my name. I knew that this was one of the quickest ways to get sick. Use the same pen that everyone else was using, when picking up their medications. I suggested to her that they put out some hand sanitizer so that people wouldn't pass germs on to others. She looked at me like, "Listen bitch, I'm young and kinda pretty, and I don't have time to mess with your meddling." She pointed out that they had wipes for people to use if they wanted to, half way around the corner. If I didn't have so many lists to get back to I would have told her that most people don't know that you can die from using other people's pens, and that she should put out some hand sanitizer with a sign to protect them from dangerous pens. Plus, I'm almost SIXTY so how could I know better than her? The twenty something, kinda pretty girl, busy mixing up doggie drugs.

So, here I am, writing a chapter. I haven't even looked at the list. I'll be running my ass of at the last minute, just like always. I'll forget to do a million things.

The plumber has gone to Disney World.

I probably picked up Swine Flu at the pharmacy, and the doggie meds cost a hundred dollars.

Lists are a complete waste of time. The Travel Gods are laughing at me again.

I just bet ya, it rains all week.