Among her most famous books are 'Mrs. Mike,' 'The Immortals' and 'Joshua Son of None.' She was known for extensive research and varied subject matter, and the bulk of her work is 'ardently feminist.'

Nancy Freedman, a novelist whose wide-ranging books include the bestselling "Mrs. Mike," co-written with her husband, has died. She was 90.

Freedman died Aug. 10 of temporal arteritis, an autoimmune inflammatory disease of the arterial vascular system, at her home in Greenbrae, Calif., said her husband and frequent writing partner, Benedict Freedman.

In a literary career that began in the late 1940s and continued until her death, Freedman wrote or co-wrote 20 novels. 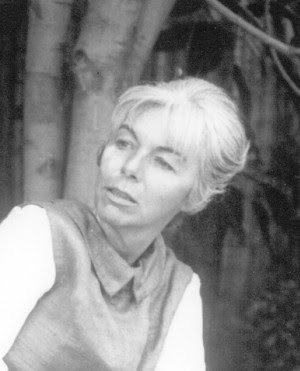 The first was "Mrs. Mike" (1947), the story of a 17-year-old Boston girl coping with living in Canada's northwest wilderness with her Mountie husband in the early 20th century.

A bestseller that appeared in 27 foreign editions and remains in print, "Mrs. Mike" was turned into a 1949 movie starring Dick Powell and Evelyn Keyes.

Other novels written with her husband include "The Apprentice Bastard" (1966), the story of a disillusioned man who resolves to abandon his high ethical standards to succeed but keeps backsliding.

Among Freedman's solo efforts are "The Immortals," a 1977 novel that tells how oil came to dominate the modern world; and "Joshua Son of None," a 1973 novel in which a young doctor removes a tiny piece of tissue from the body of President Kennedy after his assassination and pursues a plan to clone the president.

Benedict Freedman said, however, that "the bulk of her production could be characterized as ardently feminist."

That includes "Sappho: The Tenth Muse," a 1998 novel about the ancient Greek poet, and "Mary, Mary Quite Contrary," a 1968 novel about the origins of the modern feminist movement in Britain in the late 18th century.

As a novelist, Freedman was known for her extensive research and wide variety of subject matter.

"She never wanted to do the same thing," said her husband, a retired professor of mathematics at Occidental College in Los Angeles. "Even in the case of 'Mrs. Mike,' the publisher approached us offering a fortune if we'd write a sequel. But at that time, we had used up all the usable material."

It wasn't until decades later — after they had made repeated visits to Alberta, the locale of the original novel, and had done a lot more research — that they collaborated on the sequels "The Search for Joyful" (2002) and "Kathy Little Bird" (2003).

The daughter of a surgeon father and a journalist mother, Freedman was born Nancy Mars on July 4, 1920, in Evanston, Ill. She had rheumatic fever at 3, the same age at which she began acting professionally in local children's stage productions.

As a teenager, she toured in director Max Reinhardt's productions of "Faust," "The Miracle" and "Six Characters in Search of an Author."

She was a leading lady in little theater in Hollywood when she met her future husband, a junior movie studio writer, in 1940.

When the Freedmans were married in 1941, Nancy had recently suffered a recurrence of rheumatic fever and had been given three months to live.

"Her father told me that it was insane of me to want to marry a girl who had at most three months to live, and I said that Nancy and I had talked it over and had decided that even if it was only three months, we would want to enjoy it," recalled Benedict Freedman.

Although she never completely recovered and always had to limit her activities, he said, "all these illnesses and so on have just never deterred Nancy from going ahead and doing what she wanted, writing her books, having children against doctors' orders and all that."

She was, he said, "a very strong but very gentle woman."

Freeman gave up acting after she was married, but never stopped writing.

"The day she died, she was dictating to me from her hospital bed changes in a novel she had in progress," said her husband. "She was about halfway through an anti-war novel, which is also a love story."

He said he has all of her notes and plans to try finishing it for her.

In addition to her husband, Freeman is survived by her son, Michael; her daughters, Johanna Shapiro and Deborah Jackson; her sisters, Mary Lynn Tolle and Susie Hamilton; eight grandchildren and four great-grandchildren.