Jennifer Love Hewitt is back at CBS -- and she's bringing along media superstar Betty White.

Hewitt and White are set to star in the "Hallmark Hall of Fame" movie "The Lost Valentine," set to air in early 2011 (if the title's any indication, perhaps in February). Hewitt will also exec produce the movie, which will shoot in Atlanta this fall.

The "Hallmark Hall of Fame" telepic reps a quick return to the Eye for Hewitt, who just wrapped five years on CBS' "Ghost Whisperer," which wasn't picked up this spring for another season.

Based on the novel by James Michael Pratt, "The Lost Valentine" will star Hewitt as a journalist 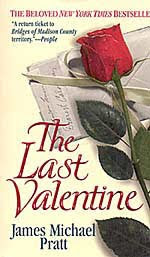 working on a profile of a woman (White) whose husband was declared MIA during WWII.

Hewitt most recently starred in Lifetime movie "The Client List." She's currently shooting an episode of "Law and Order: SVU" and also released her first book, "The Day I Shot Cupid."

Hewitt's other credits include ABC movie "The Audrey Hepburn Story," as well as the Fox drama "Party of Five."

It's also been a busy year for White, who stars in TV Land's "Hot in Cleveland," among dozens of other gigs.

Email ThisBlogThis!Share to TwitterShare to FacebookShare to Pinterest
Labels: Hallmark Hall of Fame, The Last Valentine