Claudia de la Rosa, is a starry-eyed innocent with book-learned wisdom who has just arrived in the glamour-charged world of Beverly Hills to become the high school English teacher of Lance Van Arden.

At first, neither Lance nor Claudia understand that the odd connection they both feel in the presence of each other is anything more than Claudia’s respect for Lance’s emerging talent as a writer and Lance’s need for a mentor. Both resist the mutual attraction because they share the conventional wisdom that anything more would be wrong. But destiny collides with established rules as mutual dreams and twists of fate propel them together.

Lance and Claudia’s steamy and blissful private world collides with social norms and stirs up parental suspicion. Because of their courage and an absolute certainty that they are soul mates having some greater purpose as yet undiscovered, they become modern-day folk heroes when that remarkable purpose is revealed and their tale becomes public knowledge.

Their perilous adventure is nudged along by Marco Cerasuolo, a flamboyant, sophomore with prodigious psychic powers whose spirit guides, Daniel and The Bear, offer hints and cryptic riddles.

Ronald Lewis Weaver, senior producer of The Bold and the Beautiful, has written an unforgettable story of a seemingly impossible love. See what cast members including Betty White, Ronn Moss and Katherine Kelly Lang had to say about the book. 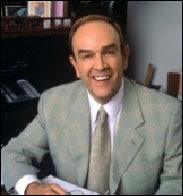 Ronald Lewis Weaver is author of the novel Soul Mate. He’s at work on a second novel, and is the Senior Producer of The Bold and the Beautiful, the world’s most watched daytime soap. Read Ron’s blog at RonaldLewisWeaver.com.