Jason Statham: Meg is a Cross Between Jaws & Jurassic Park 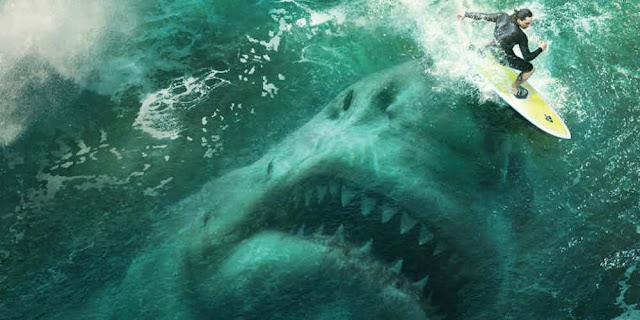 Meg star Jason Statham says the film is a cross between Jaws and Jurassic Park. A long-standing horror sub-genre is the killer animal film in which one of nature’s many predators seems to decide that they’ve had enough of humanity, and decides to take their frustrations out on any unfortunate person unlucky enough to cross their ferocious path. One of the most popular subjects of such a film is the killer shark, which makes perfect sense as sharks are one of the world’s most efficient killers, despite the instances of them actually attacking humans in real life being rare.

When it comes to killer shark flicks, the seemingly eternal gold standard is Steven Spielberg’s 1975 classic Jaws, which is well known for making an entire generation of moviegoers afraid to take a dip in the ocean. In more recent years, there have also been a lot of science fiction-melded shark movies, such as 1999’s Deep Blue Sea – featuring sharks with enhanced intelligence – and the various Syfy originals that often feature a mad scientist messing with shark genetics seemingly for the fun of it.

The latest film to fit comfortably under both the sci-fi and killer shark banners is Meg, an adaptation of author Steve Alten’s popular 1997 novel of the same name, which itself has spawned four additional books in the Meg series, all written by Alten. Directed by Jon Turtletaub (National Treasure), Meg stars Jason Statham as expert diver and former Navy captain Jonas Taylor, who is called into action in order to save a trapped group of Chinese scientists from a gigantic prehistoric megalodon. When speaking about Meg during a recent appearance on the Jim & Sam radio show, Statham made a rather bold proclamation about what viewers can expect:

“I just did a movie about a shark. It’s a cross between, I’d say, Jaws and Jurassic Park. It turned out really good. I mean, apparently. We don’t know until we see it. It’s called Meg, as in megalodon.”


While Meg’s various plot parallels to both Jaws and Jurassic Park are obvious, Statham opting to directly invoke both legendary Spielberg properties when talking about his latest project is a brave move, as it instantly elevates the level of expectations Meg will likely carry with audiences. On a side note, Statham’s gruff but heroic diver character also somewhat echoes a similar character portrayed by Thomas Jane in the aforementioned Deep Blue Sea, which did of course hit theaters two years after the release of Alten’s book.

With last year’s fairly sizeable hit The Shallows serving to raise the theatrical profile of killer sharks for the first time since the rise of campy efforts like Sharknado, fans of the sub-genre essentially created by Jaws are likely to pin their hopes on Meg to further reestablish the aquatic predators as a creature to be feared instead of laughed at. Only time will tell whether Meg succeeds, and takes a bite out of the summer 2018 box office.