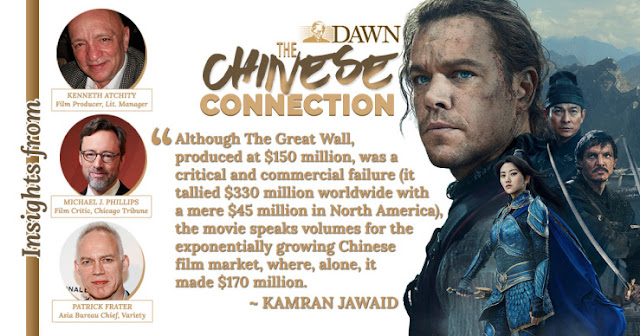 Studio logos that appear in movie titles may feel rudimentary, but they tell a story of their own. Take, for example, The Great Wall – a monster-movie starring Matt Damon set in the past when the world had yet to discover gun-powder.

Before the first frame fades-in we see four logos: Le Vision, Legendary East, Atlas Entertainment and the China Film Group. Three out of these four film companies are Chinese – and their partnership makes The Great Wall one of the most evident, big budget Hollywood-China co-productions in the last few years.

To the average viewer it may not mean much, other than Damon (and about five or six other actors) surrounded by a lot of Chinese talent in dusty locations. However, to the China Film Group – the dominant state-owned film distribution company – this over-emphasis on China is a blunt pre-requisite.

Although The Great Wall, produced at $150 million, was a critical and commercial failure (it tallied $330 million worldwide with a mere $45 million in North America), the movie speaks volumes for the exponentially growing Chinese film market, where it made $170 million.

The film is one of the select international films passed by the Chinese censor board. Privileged others include some “blockbusters” as well as Warcraft and Independence Day: Resurgence – both of which failed in the U.S., but did excellent business in China.

The Chinese film market’s recent success story is similar to Pakistan’s – at least superficially. Both markets opened themselves to international distributors who saw them as a source of revenue (to us it is India; to China, Hollywood). This led to the multiplex boom and sold-out signs at the ticket window. 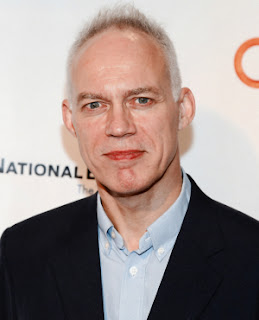 Bureau Chief Patrick Frater says that the Hollywood-China connection has been in a state of gradual build-up since the last decade.

“The industry has gone from miniscule to the second largest in the world, to overtaking India and Japan”, Frater stresses. “Anyone who is making expensive Hollywood movies would take notice”, he said.

But why Hollywood, I ask.

“Aside from the glamourous aspect, the Hollywood industry is the only one – with the possible exception of India – where you have global distribution and industrialization of (such huge) scale. And that makes it an attractive investment to corporate investors”, Frater replies.

“(Chinese investors) are not going to make a five million investments here and there, because it will be too small for them”.

Frater also thinks that producers need to understand China first. “China is becoming middle-class, urbanized. (It’s) people bought the house, they’ve bought the car, what would they be spending on next? Leisure (and in effect movies) and healthcare?” he asks.

Most of the current media outlets in China are recent boomers. Almost all of them are subsidiaries of billion-dollar conglomerates that produce a variety of consumers services from pharma to automotive manufacturing.

“Alibaba Pictures (one of key players today) is a multibillion-dollar company” Frater asserts. “They have financial power which allows them to go out, and that’s what they’ve been doing for the last two years”. 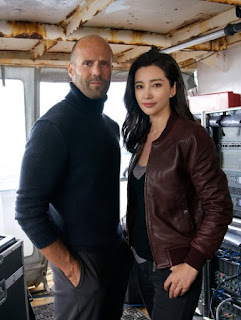 The basic idea is quite simple to grasp: Strategically acquire entertainment businesses worldwide; Open doors to promote China in a nationalistic and unpolitical way; And only allow co-financed movies that utilize Chinese talent, and a handful of well-known Hollywood productions, into the country.

“I think that’s the quickest route to getting global insurance (on its productions)”, Frater tells me later.

To date, Chinese mega-corporation Dalian Wanda Group has bought AMC Theatres and Carmike Cinemas (for $2.6 billion and $1.2 billion respectively), making them the biggest cinema chain in the U.S.

“Any Chinese investor looking for a quick return, will find Hollywood a disappointment”, Frater said.

“A lot of Chinese investors, outside of the film industry, have not committed to the time necessary to learn about screenwriting, animation production, or return on investment. Hollywood films are often in development from two (to) ten years – and that’s a standard turn-around (time). This is when the stories are revised, re-written, re-written and re-written”, he said.

Speaking on the phone about the creative aspects of co-productions, Chicago
Tribune’s Chief Film Critic Michael J. Phillips says “I think there are just so many crummy action movies coming out of America that end up making a lot of money that people don’t even know which movies to take as their guidance” 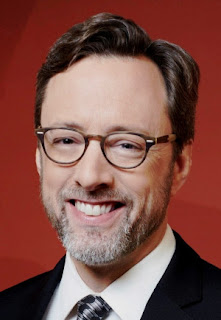 For example, Phillips continues: “(The Great Wall) didn’t feel like the work of a distinctive, talented director – which (Zhang Yimou) is. I think it speaks to this question of whether or not the film actually lost sight of what it needed to do, because it was so concerned about appealing to a broader set of pre-requirements”.

“There’s a tremendous amount of capital at the ready to finance these types of co-productions, (in The Great Wall’s case) with all those talented writers, the producers needed to ask themselves that have the audience seen this before, and how can they temporarily forget this fact”, Phillips said.

“I think part of the problem has nothing to do with the Chinese-American financial alliances – it’s just that we are inhibited by this sort of digital effects fantasies in all sorts of stories every month now. (The movies) have a very hard time looking distinctive – they just look like the last five you’ve already seen”, he says.

“There is no pre-defined set of requirements that I know of. It’s basically common sense, based on a sense of what’s entertaining for both Chinese and global markets”, Ken Atchity, a veteran literary manager and Hollywood producer of films Life or Something Like It (Angelina Jolie) and Hysteria (Maggie Gyllenhaal), replies in an email conversation.

“(Film) development for China financing needs to be selective”, he writes. “Not everything works. Yes, having at least one Asian (preferably Chinese) talent element is good as we did for MEG which is now in post-production.” 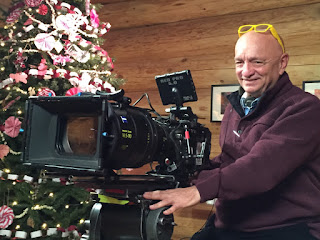 A report by China Film Insider confirms that the adaptation “swapped out (the) California location for a Chinese coastline setting, (and the change helped) bring China’s Gravity Pictures on as a co-producer and co-financier”.

Despite critical and aesthetic compromises already raising bumps in the road, Hollywood-China co-productions still have one more huddle in their way. The American government’s anti-China policy.

“I don’t think there’s enough organization on the government vs Hollywood front to make a dent in Hollywood’s sheer power to attract worldwide audiences. That power is based on audience demand and the worldwide audience is not demanding what the U.S. government is thinking right now, or feeling, or tweeting” replies Atchity in the email.

Compared to Hollywood’s perpetually enthusiastic stance with international financiers – and its eternal outcry against the government – this issue seems like a minor inconvenience. Any organization or industry in the world loves money, especially if its free-flowing your way with slight caveats.