Lisa See will be at the Newport Beach Public Library’s Gift of Literacy Luncheon April 21st! 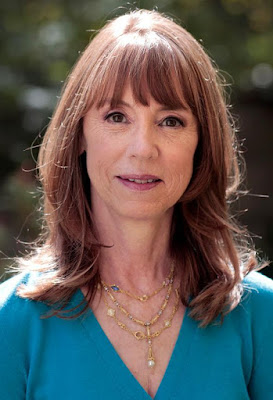 New York Times bestselling novelist Lisa See is back with a new book, “The Tea Girl of Hummingbird Lane.” Like her other recent works – “Snow Flower and the Secret Fan,” “Peony in Love,” “Shanghai Girls,” “Dreams of Joy” and “China Dolls” – this story explores Chinese characters, culture and the bonds between women. But in this book, See (who is bi-racial) focuses intensely on the complex interplay between mothers and daughters, set against the worlds of international adoption, the ethnic Chinese Akha people and the rare Pu’er tea trade.

Perhaps it’s no surprise that it resonates with particular depth, given that See is the daughter of Carolyn See, an iconic California writer of more than a dozen books. She died just days before her daughter handed the final version of “The Tea Girl of Hummingbird Lane” over to
the publisher.

Coast: I have to tell you, Lisa, your mother was very kind to me when I was just starting my career.
LS: Thank you for telling me. I’m hearing from so many writers who say the same thing, “Your mom helped me find an agent” or “Your mom helped me with my first novel.” That’s who she was.

Coast: This novel begins with the line, “No coincidence, no story.” Is that also the description of how the book came about?
LS: I was walking to the movies with my husband, and there was an older white couple with their teenage Chinese daughter between them. She has this long pony tail. As she walked it was swishing-swish-swish as long ponytails do, and I had this thought of, she is like a fox spirit in that family. In Chinese culture, fox spirits can be kind of naughty and mischievous, but they can also bring great love and help create families. I had been thinking of writing about transnational adoptions from China for a long, long time, but in that moment, all of a sudden, I understood it in a different way.

Coast: An emotional element clicked for you?
LS: Right. Of course any child is a gift to a family. But if you think about couples who sufferd multiple miscarriages or failed in vitro fertilization treatments – before you go to China to adopt a baby you have been through a lot. You can know something intellectually, but it got to me emotionally on a different level.

Coast: One of the things I have always admired about your work is your ability to get inside women’s very complicated relationships. Do you intentionally mine that emotional field, or does it choose you?
LS: I do think women have very complex relationships, and these relationships are universal. Everyone the world over has a mother – maybe you knew her, maybe you didn’t, may you loved her, maybe you didn’t. It isn’t always positive. I’m interested in the murky side that people don’t talk about.

Coast: It seems you hold as a value telling the stories of women that haven’t been told before.
LS: I am interested in stories that have been lost, forgotten or deliberately covered up. We tend to learn history in terms of wars and dates and who was on the front lines. But if you take one step back, who is there? Women and children and families. They have been along for the ride every step of the way. I’m not the first person to say this, but we learn history, as in “his story.” I’m interested in herstory.

Coast: As a novelist you use reportage techniques to ground your narrative in something very substantial and authentic.
LS: Well, because they are details I couldn’t make up. I think that is what makes it feel like you are there, that it is real – because it is real!

I felt like I knew a lot about the one-child policy and the effect that has had on China, and certainly how a woman who had given up her child would feel. But the other side of that was, what it is like for those young women who have been adopted? I went out and found young women, 18 to 22 years old, who have had time to think about it all. I asked them if I could send them a list of 12 questions. They wrote back 20-, 30-, 50-page letters. They really truly opened their hearts. Oh, people are going to think I’m just not original at all! – but I used a lot of what they wrote.

One of the things was that they have a lot of conflicts about their identity. They wonder, am I American? Chinese? Chinese-American? Or am I something else? Of the group I talked to, they think of themselves as something else. They are their own “other.” They even have a label: the “grateful but angry adoptee.” They are grateful they were adopted, typically by well-off families. They have had great opportunities for education and are very much loved. I came to look at it as grateful but sad. There was one girl who told me, “I know I am the most precious person in my family, but I wasn’t precious enough for my birth parents to keep me as their one child.” This is part of what makes their journey different from other adoptees, because they had parents who said, “If I can only have one, I don’t want this one.”

Coast: The Pu’er tea trade plays a big role in the story. Were you always a tea connoisseur?
LS: I drank tea but was not a connoisseur, and now I’m just a total tea snob!

Coast: Did your mother influence this book in any way?
LS: I always read her manuscripts; she always read mine. Twelve days before the final edits were due, my mom was diagnosed with cancer. But I was reading it to her in the hospital, and she would say, “Hang on a second, five pages back you used that word …” It was unbelievable that she was able to do that. But, we didn’t get to the end.