Discovered Diamonds Reviews Michael A. Simpson's Sons of My Fathers

Sons of my Fathers by Michael A. Simpson 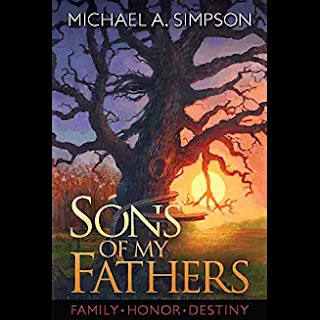 Sons of My Fathers by Michael A. Simpson is based on the author’s own family history and reads almost like a biography. However, I assume that attributes of its characters are as the author imagines them and, hence, are fictional in detail; but what great writing, bringing this saga alive for the reader.

The very clever cover of a denuded tree strangled by sabotaged lengths of railroad tracks is haunting. The book begins during 1864, the American Civil War. Baylis Simpson and his family eke out a meager living as sharecroppers in Georgia which, of course, backed the Confederacy. As in all wars, the atrocities play out not only on the battlefield but split this fertile land and its families asunder with obscene travesties against humankind. Baylis Simpson sees his family destroyed. As he and his kin vow vengeance against the murderous rabble taking property and lives that had escaped the Union Army, the Simpsons are caught between the warring lines.

One hundred years later, Baylis’s descendent, young Ron Simpson becomes a U.S. Army helicopter pilot. He volunteers to serve his country as a medevac pilot in Vietnam. His beliefs and his life are turned upside down when, instead, he is assigned to fly a Huey gunship. He loves his country deeply, but will not serve it by flying this killing machine. There is only one option for him; by taking it, he threatens to destroy not just himself, but his family.

The book’s chapters switch seamlessly from the physical plight and mental turmoil of one generation to the other, and the reader becomes deeply engrossed in the fate of both, while the book’s prose deftly adapts to the tone and language of the times. And, without hammering it home, it left me with a troubling message: We are not heeding history. Hence, we have learned nothing!

For me, Sons of My Fathers was indeed a Discovered Diamond to earn a sparkling and well-deserved place on this Review Site. 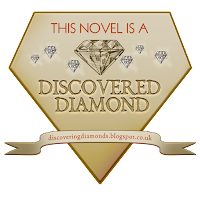