Writers and Authors Interviews Ken Atchity about The Messiah Matrix

Why Did You Write Such a Heavily-Researched Book as a Novel? 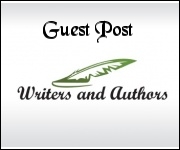 I've been asked that question numerous times in interviews and emails, and it's a good one. As a former professor, I wrote more than a handful of scholarly books, and certainly could have expanded on the premise of The Messiah Matrix as nonfiction instead of in the format of a romantic thriller.

My main reason for choosing to write it as a novel is that, to quote Muriel Rukeyser, "the universe is made of stories, not of atoms." I wanted this story to reach its maximum audience, and knew it would never do that as a nonfiction "study" of the origins of Christianity in imperial Rome. Even contemporary quantum physicists would agree that without our perception and report reality would not be all it's cracked up to be. If a tree falls in the forest, and there's no one to tell the story it simply doesn't matter whether it fell or not. We humans lead our lives through stories, depending on them as coping mechanisms and guides through the labyrinth of possibilities that face us every day—relying on them as inspiration for continuing the struggle and as consolation when the struggle comes to its inevitable end.

Once in a blue moon an idea comes your way that's worthy of Herman Melville's observation, in Moby Dick: "to write a mighty book you must have a mighty theme." When I started putting together the parallels between Julius and Augustus Caesar and Jesus, I knew no one would take them seriously unless they were presented as part of a contemporary tale of relevance to our world today. I'm not comparing my novel to Moby Dick, nor claiming it's a mighty tale—but its premise was powerful enough to compel me through the forty-something drafts I went through in the four years it was on the drawing board. I'd still like to do some more revising, and will no doubt do so on its way to the screen.

Storytelling is such a privilege that the ancient Greeks put the story teller, teknos, on a par with kings when it came to honoring his appearance in the polis. He was the center of attention because in the preliterate world his songs brought heroic behavior and insight into the human condition to a populace hungry for meaning, for figuring out what life is all about. Today's novelist, making his way from blog to blog in the new frontier that is the Internet, is like that ancient teknos. He is welcome if he tells a story that provokes us, that makes us laugh, or weep, or think.