TV Overmind: What We Know about New Prehistoric Shark Movie “The Meg” Wake 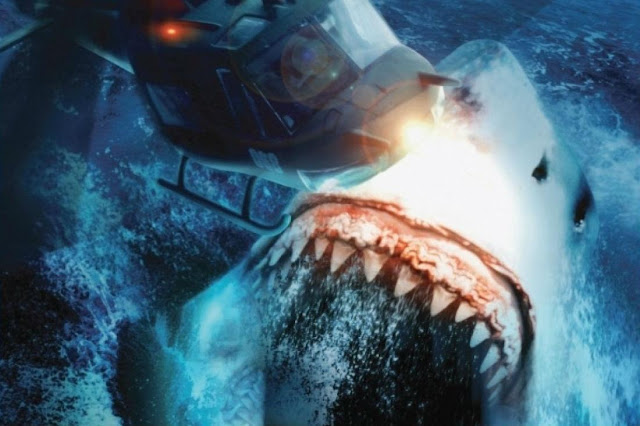 What we know about another shark movie that will make every other shark in any other movie look like a minnow. That’s a lengthy title but it kind of puts into perspective just what this movie will be like. Starring Jason Statham and Ruby Rose this new science fiction horror is going to be based upon the Megalodon, a prehistoric shark that measures out to about 75 feet in length and could quite chomp the submersible it’s being said to have attacked in half.  The story goes that before the submersible that’s been attacked by this monster ever encountered it in the deep blue sea, the main character, Statham, came upon the mammoth creature during one of his dives and was scared so badly that he never ventured into the ocean again.

Now a looming presence has attacked a deep sea submersible and there’s no idea how to tackle this gigantic beast that’s been identified as the largest shark in the ocean. Obviously a team will be assembled to hunt it down and kill it, but with what? You would think that a shark this big would simply shrug off anything less than a hailstorm of torpedoes simply due to its size. But it’s equally obvious that the shark will either be killed or driven away since the general consensus in these types of movies is to eliminate the threat or make it flee in the hopes that it won’t come back.

So far all we really know is the title, the actors, the plot, and the release date, which is at this time set for August of 2018. Barring that there’s not much else to tell about The Meg at this point since it just started production not that long ago. There are lot of things we can guess at this time though, some of which are just conjecture and some that might actually make sense.

It can’t end like a traditional shark movie.
Think about it, in several other shark movies the big bad shark is either blown up, impaled, or, well, blown up. That seems to be the only way to really take care of sharks anymore. Well, actually, one of the sharks in Deep Blue Sea was electrocuted, but honestly it should have taken the half-naked female scientist with it just thanks to their close proximity. But The Meg is simply too big to be blown up by anything less than a full crate of dynamite or a nuclear warhead, and there’s nothing big enough to impale it on in the ocean that it wouldn’t easily swim around, or through.

The humans are going to vastly outmatched.

It’s a shark. It’s longer than most boats. It can maneuver better in the water than any submersible, and it can possibly shred through anything that gets in its way. Unless the humans are packing one extremely impressive and tough arsenal the chances are that the shark is just going to mow through them and keep coming until they’re all done for. There’s no way to really swim out of the way of this thing unless there’s suitable cover within reach and it’s still a good hundred yards out. Even then there’s a good chance that you won’t see it before it’s right on top of you.

It might be worth a look once it’s released.