Women caught up in personal situations spiraling out of their control is the theme of this month’s picks. Among the pressures these sisters face are perjury, too many haters, and cheating boyfriends. These assertive ladies, however, won’t take too much mess from the fellas. They quickly learn to always look out for No. 1—and guess who ends up being ahead of the game?

Because The Word on Street Lit can offer only a select sampling of street-lit titles, collection development librarians should tap additional urban fiction review resources on the Internet. Bookmark corrections librarian Daniel Marcou’s excellent, all-inclusive StreetFiction is flush with reviews, interviews, links to authors, and even a twitter by hot urban fiction author K’wan. (Daniel, by the way, is an LJ 2009 Mover & Shaker.) 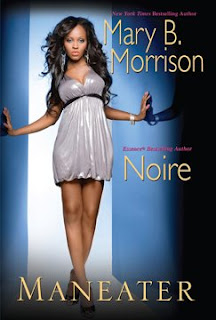 Verdict: More erotica than street lit, these conjoined novellas by two of the hottest names in the genre will have readers fanning themselves to cool down. Both authors champion the power of women who have been dissed. Although they get mad, they also get even. Actually more than even. Whew! Is it hot in here, or do Morrison and Noire know all about steamy?
Background: In Morrison’s Character of a Man, Seven Stephens is shocked when her man tells her to lose the weight, or the wedding is off. "To hell with a fat farm," thinks Seven before jetting to Punany Paradise, an all-inclusive resort where a stable of studs provide full service to women. In Noire’s Sugar-Honey-Ice-Tee (note the initials!), NFL trainer Ribs Rawlings observes his jock friends’ cruel treatment of others. The three arrogant players hook up with sisters Sugar, Honey, and Ice Tee. Drop-dead gorgeous, these smart and sexy women are playing the playas and have an intricate revenge plot ready to trap the rats. Hanging in the wings is Ribs, whose good heart will be rewarded. 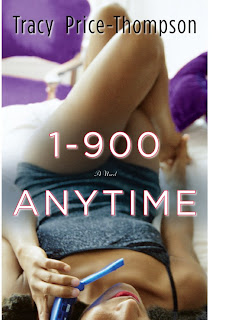 Verdict: Here’s an interesting twist on the casual-sex slant of street lit: What if it’s all about pay-to-play phone sex? Price-Thompson’s (Knockin’ Boots; Black Coffee) well-constructed story avoids being a parade of sexual hijinks by mixing racism and a harsh commentary on prejudice against the physically challenged. A sure pick-up for browsers.
Background: Going by the stage name Bliss, phone sex vixen Bertha Sampson mesmerizes listeners with her sultry voice. Turns out that seductive voice belongs to a physically handicapped African American woman. Banking on the phone sex being private, Bliss’s clients let loose with fantasies about sexual domination, homosexual encounters, loneliness, and deflowering virgins. Bliss holds up her end by being discreet, but the pleasure seekers need to cover their tracks. A rapper is horrified his homosexual dreams have been outed by an eavesdropper, a widower just wants to talk, and a white tech wiz blames blacks for his HIV-positive status.