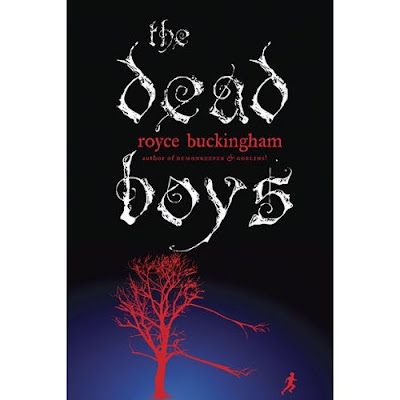 Gr 5-8–In this tightly plotted suspense novel, Teddy meets several other 12-year-old boys in his new town, but there’s something eerie about each one. Eventually he realizes that every kid died years ago under mysterious circumstances and that he may be the next target. The evil force behind their demise is a sentient sycamore tree with powers derived from nuclear waste, a kind of wild premise that actually makes for an appropriately creepy villain. Some readers will spot the hints about the dead boys’ situation, uncovering bits of the truth along with or just ahead of the protagonist, as the well-paced tale moves deftly from mystery into high action. Ultimately he must endure each of the gruesome dangers that killed the ghostly kids, including rattlesnakes, scorpions, and the thorny, twisting tree that’s behind it all. There’s a nice mixture of cliff-hanger escapes, mystery exposition, and lighter moments provided by Teddy’s narration. Though the hero’s personality is not especially complex, the empathy he shows for the boys and his resourcefulness in defying the killer tree make him someone to root for. The climactic battle is appropriately suspenseful, leading to a satisfying and surprising conclusion.–Steven Engelfried, Wilsonville Public Library, OR