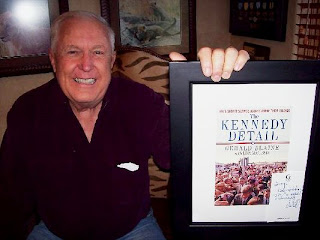 Gerald Blaine of Grand Junction was a Secret Service agent who was assigned to protect President John F. Kennedy. Blaine’s book, which includes input from nearly every agent on the Kennedy Detail, will be released Tuesday.

The conspiracies and misinformation tied to President John F. Kennedy’s assassination became so crazy for Gerald Blaine to read or hear that he finally decided to do something about… Want to read more?